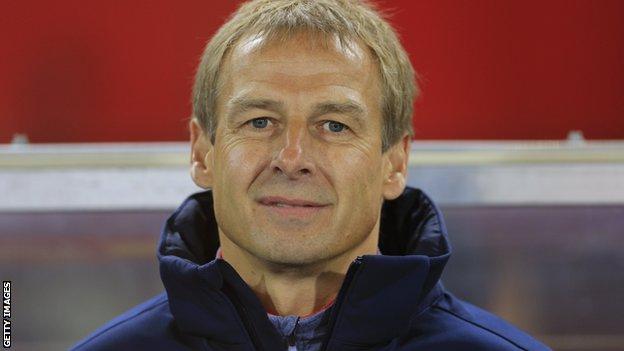 Jurgen Klinsmann will remain coach of the United States until after the 2018 World Cup in Russia.

The former Germany striker, who won the tournament as a player in 1990, took the United States job in 2011 and has led them to qualification for the 2014 tournament in Brazil.

The 49-year-old previously managed the German national side, taking them to the 2006 World Cup semi-finals.

Klinsmann has also been named the US Soccer Federation's technical director.

He was appointed in January 2008 and, in his second season, led them to the quarter finals of the Champions League before losing to eventual champions Barcelona.

Klinsmann was sacked little more than a year later, despite Bayern being only three points off the top of the Bundesliga table with five matches left to play.