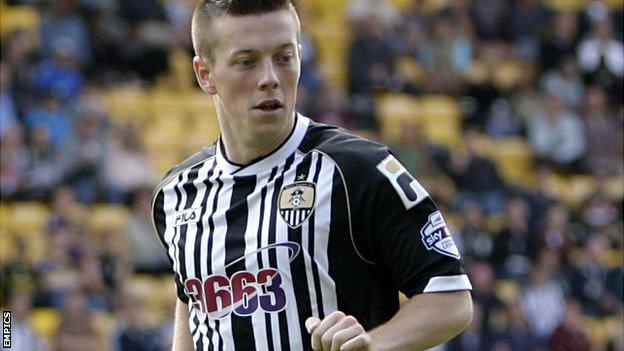 Notts County manager Shaun Derry hopes the League One side can finalise new loan deals to keep influential midfield duo Callum McGregor and Jack Grealish until the end of the season.

The current deals for both Aston Villa's Grealish, 18, and Celtic's McGregor, 20, end in January.

"It is important that they know where they are going to be," Derry said.

"We've begun talks, so the ball is rolling. If we can sort it out quickly it would be great for all concerned."

Talking to BBC Radio Nottingham, Derry added: "Forget about Notts County and me - I remember as a young player just wanting to know where I was going to be. And I think that is key for them as well."

Scotland under-21 international McGregor and fellow midfielder Grealish were both on target in Saturday's 3-0 win against Gillingham, helping deliver Derry's first win since taking charge of the bottom-of-the-table side.

McGregor's strikes either side of half time took his goal tally to 10 from 22 games this term, while Grealish's wonderful late effort, beating three Gills defenders on the way to his powerful finish into the roof of the net, was his first goal in senior football.