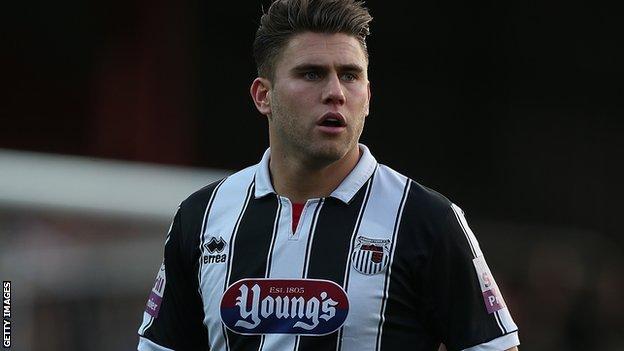 Grimsby came from behind to beat Kidderminster and move above their promotion rivals into third in the Conference Premier table.

Michael Gash put Harriers ahead after eight minutes when his shot from outside the box deflected off Shaun Pearson and looped into the net.

Scott Neilson put them ahead with a bouncing shot from outside the box and sealed it with a second-half chip.

"I thought that Kidderminster played well and they're obviously disappointed to lose.

"They started really well, we found ourselves a goal down early on and from the side you could almost sense that it would come good.

"We got the goal back pretty early, and that settled us down and I thought it was a really good advert for our league."