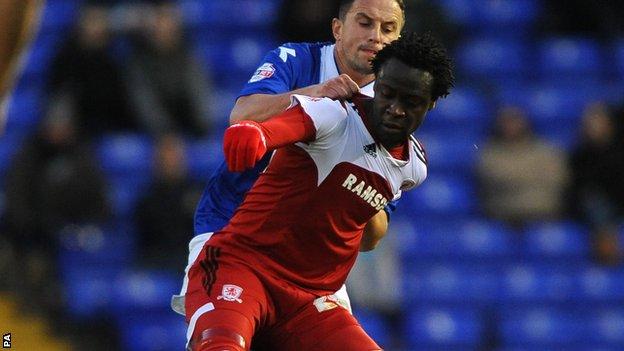 The Sierra Leone striker limped off in injury time at St Andrew's, shortly before Boro conceded a late equaliser.

He has scored four goals in 13 starts since

"He's a good player and good character for the team because Kei is always desperate to play - it's a blow," Boro manager Aitor Karanka told BBC Tees.

"It means other players have a chance to play. We have a lot of good forwards here."

Karanka also revealed that goalkeeper Jason Steele, who has missed the last three matches through suspension, will not return for Saturday's game with Brighton.

The 23-year-old has an ankle problem, meaning will continue to deputise.