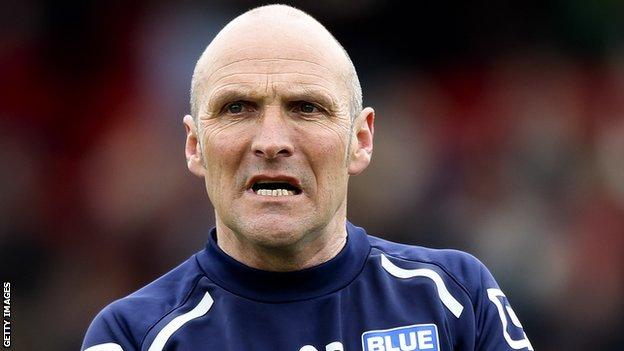 Kidderminster Harriers boss Steve Burr admits his side were "running on empty" and their defeat at Woking was not a true reflection on their ability.

Harriers, without a number of key personnel, lost 1-0 at the Kingfield Stadium.

"We were without two very influential players. It was a poor game all round."

With central midfielders Lee Fowler and Kyle Storer missing through suspension, Harriers struggled to follow up their FA Cup win over Newport County with another good performance.

"Our passing is normally one of the best parts of our game but we had to move things round a bit and never got going at all," Burr added. "We made poor decisions and it wasn't good."

Harriers were unable to close the gap on Luton in second and leaders Cambridge, who remain nine points clear of Burr's side.

With Alfreton up next at Aggborough on Saturday, Burr knows they cannot afford a repeat of the result the last time they met - a 3-1 defeat.

"I still think that was one of best performances away from home and yet we didn't come away with anything," he said. "But that happens."