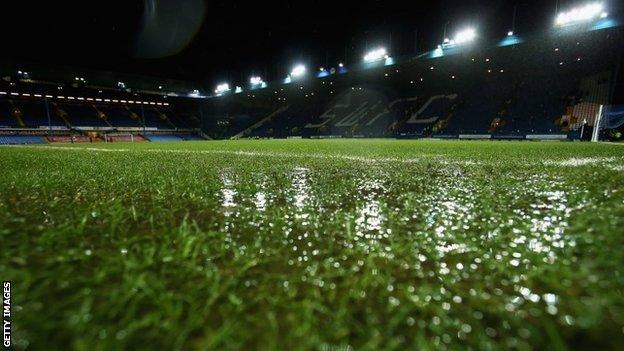 Wigan were denied victory against Sheffield Wednesday in the Championship after the match was abandoned because of a waterlogged pitch.

But persistent torrential rain, which became worse in the second half, left the pitch surface unplayable.

Rosler said: "I've no complaints. The referee did the right thing.

"It has to be safety first for the players for both teams.

"I felt that when you have so much water on the pitch that Nick Powell can't convert a one-on-one with the keeper because the ball's stuck in the water, I think the referee didn't have a chance but to call it off."

McClean had scored his first goal for Wigan since his £2m summer move from Sunderland when he shot past Wednesday goalkeeper Damian Martinez after a fortunate ricochet off defender Roger Johnson had sent him clear into the penalty area.

But with conditions deteriorating after the break the match was called off.

Wednesday caretaker manager Stuart Gray felt that his side were outplayed and was glad to be given another chance.

"In the end it had to be the right decision," said Gray. "The players' safety is the most important thing.

"Players can't run with the ball, the ball's sticking. Sometimes it's quite amusing for the supporters, but you've got to think of the players' health." 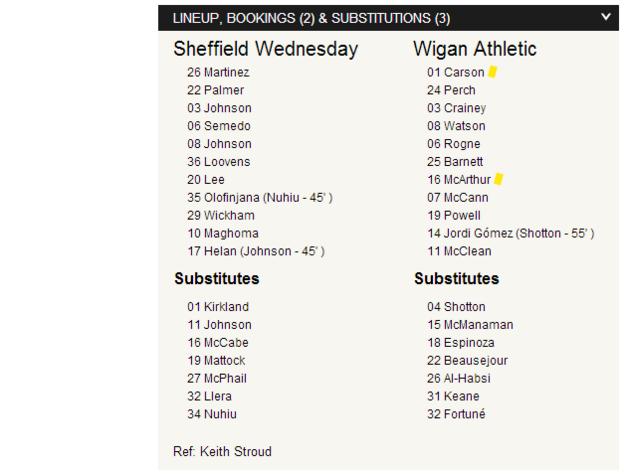