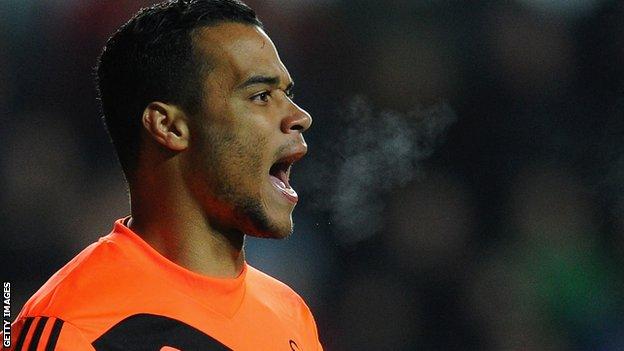 Swansea City have confirmed goalkeeper Michel Vorm will need a knee operation at some point this season.

Manager Michael Laudrup confirmed Dutch international Vorm, 30, will need to have an operation on a niggling knee injury.

Gerhard Tremmel started in goal against Hull City on Monday with 18-year-old Slovenian Gregor Zabret on the bench.

Vorm is set to travel with the squad for Thursday's Europa League game against St Gallen despite missing Monday's home draw against Hull.

Laudrup admits it is likely he will need to bring in an extra goalkeeper in January to provide cover when Vorm undergoes surgery, with an expected recovery period of four to five eeks.

"Let's see. It depends when we can do it [Vorm's surgery]," Laudrup said.

"But we always have games and you can't play with one keeper.

"That's much too risky. If something happens to Gerhard then we would have to play with an 18-year-old who is not an experienced goalkeeper.

"That's not good for him or for the team."