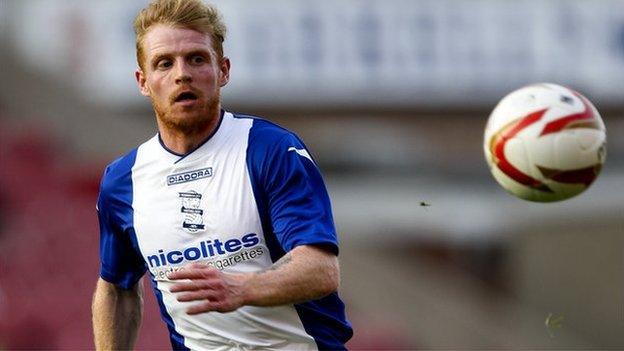 Birmingham winger Chris Burke says their recent unbeaten run is helping to build their mental strength as they look to keep clear of relegation.

The Blues are 19th in the Championship, four points above the bottom three, but have lost only once in seven games.

"It's important in this league that you don't get beaten. We've gone five games now without losing," Burke told BBC WM.

Kyle Bartley's last-minute equaliser rescued a point for Birmingham in their last match, against Middlesbrough at St Andrew's, and Burke says it illustrated the character in boss Lee Clark's squad.

"We've shown that for a number of seasons and it's installed from the youth set-up onwards, and the manager and coaches deserve credit for that and the number of players who've come through," Burke said.

"There's obviously been a few games we think we should've won and we never did, but it's still a good thing not getting beaten."