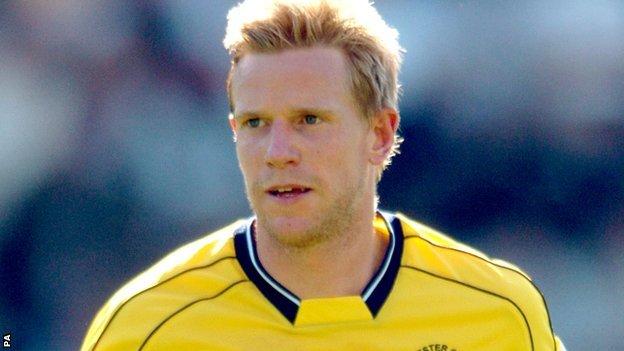 The 42-year-old spent six years at Borough Park but that saw a change in chairman and majority shareholder.

"He wants to bring the local, academy players through to the first-team which is exactly wanted to hear from him."

Player-coach Alex Meechan had been in caretaker charge of the Bluebirds since six months after suffering relegation.

A defender in his playing days, Edmondson made over 400 league appearances during a 15-year career, most notably with Carlisle United.

In 2005, he joined Barrow and had a brief spell as caretaker boss before leaving for Workington the following season and eventually taking over as manager.

His most notable achievement was guiding the Reds to the 2010 Conference North play-offs - they lost in the semi-finals to Alfreton.

Edmondson takes charge with Barrow bottom of the table, level on points with Workington.