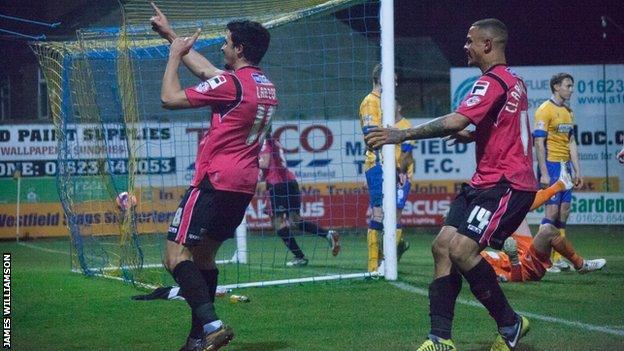 Oldham scored four second-half goals to beat Mansfield and set up an FA Cup third-round tie with Liverpool, whom they

The hosts were ahead at the break after Ross Dyer headed home from six yards.

But Oldham hit back, Danny Philliskirk curling a free-kick into the top corner before Jonson Clarke-Harris fired in.

A Philliskirk corner saw Matteo Lanzoni head in before Adam Rooney netted a penalty after Stags defender John Dempster was sent off for handball.

"Over the two games, it was tough. They [Mansfield] a dogged side and we had to work hard to get our football out.

"The second half was a monumental performance by the boys and I'm so pleased for them, with the prize of now going to Anfield."