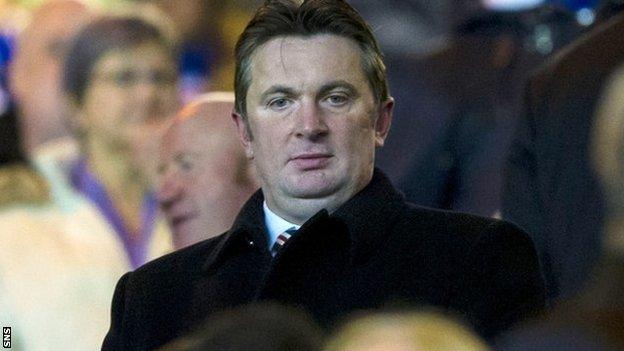 Sandy Easdale has acquired voting rights over a further 3.1% of Rangers shares, strengthening the current board's hold on power at Ibrox.

Easdale, whose brother James is on the Rangers board, now has voting rights over 26.6% of shares ahead of next Thursday's annual meeting.

That edges them closer to a majority.

Opponents of the board had hoped a large-scale fan protest at the weekend and meetings with institutional investors would sway things against the incumbents.

The battle between chairman David Somers and his fellow board members and those looking to oust them has become increasingly bitter in recent weeks.

Four other shareholders - Paul Murray, Malcolm Murray, Scott Murdoch and Alex Wilson - will also have their bid to become directors decided upon by stakeholders.