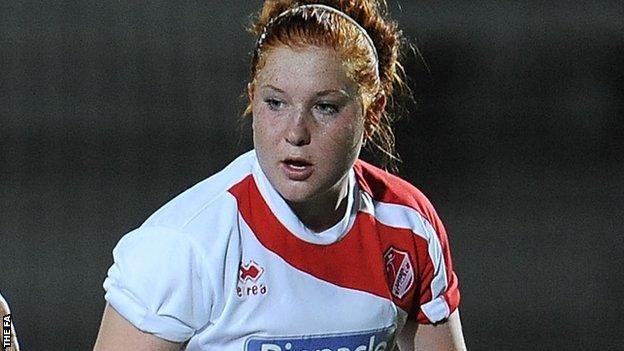 "I am delighted to be a Liverpool Ladies player and to be a part of such a successful team," said the England Under-19 international.

"This is a fantastic move for me and I am looking forward to starting training with Matt Beard and the entire squad."

She was also part of the England squad that finished runners-up in the Women's Under-19 Championship in August.

"It's fantastic to have Martha in the team," said Liverpool manager Matt Beard. "She is a very talented and versatile player who will add an extra dimension to the squad.

"Next season will be a challenging one as we fight to defend our title and it's important that we have quality players in the team who can perform to the high standard that the WSL league demands."

Liverpool lifted their first league title, beating Bristol Academy 2-0 on the final day of the season to gain entry to the 2014-15 Women's Champions League.