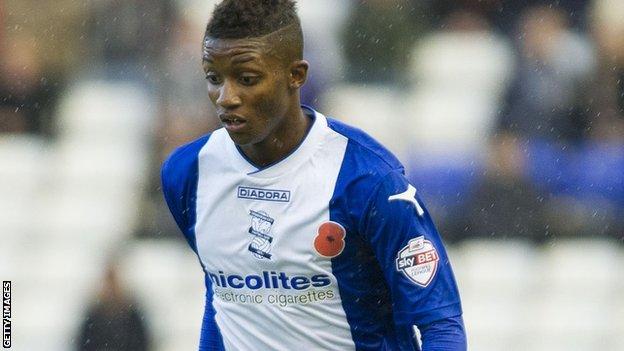 The 17-year-old winger has been at Blues since he was seven, and is now contracted until the summer of 2016.

Gray made his first-team debut for Blues as a substitute in the 4-0 win over Millwall in October, before a full debut a month later against Charlton.

He has made five appearances so far in 2013-14 for Lee Clark's side, who are 19th in the Championship table.

Gray's deal is the latest contract to be handed out to a graduate of the club's academy.

Defenders Amari'i Bell, who has been recalled from a loan spell with Conference Premier side Nuneaton Town and Will Packwood have both been given deals in the recent past.