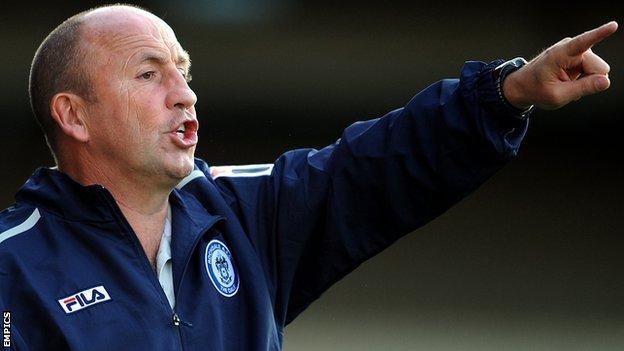 New manager John Coleman says he has the template to lead Southport back to the Football League.

The 51-year-old, who was named Alan Wright's successor on Saturday, ended Accrington Stanley's 44-year exile by clinching the Conference title in 2006.

"What we did was gather together a team of young, hungry footballers that were desperate for success and that has to be our remit here," he said.

I certainly think since Accrington won, it has definitely improved

"Probably 20 clubs paid more than us - it's not always about money."

Speaking to BBC Radio Merseyside, Coleman added: "Remember, Southport are a League club - you don't have to go as far back as Accrington to see that.

"The infrastructure is quite good at Southport, they work well off the field."

It has been 35 years since the Sandgrounders last played in the Football League as Coleman takes charge of the side in 19th spot in the Conference Premier, two points above Aldershot and Chester in the relegation places.

During his 13 years with Accrington, Coleman led them from the Northern Premier League First Division back into the Football League and as far as the League Two play-offs in 2011 before joining Rochdale.

He was dismissed after 12 months at Spotland and has not managed for 11 months since.

While Coleman admits the game in the fifth tier of English football has changed since his triumph with Accrington, it is not foreign to him.

"I certainly think since Accrington won, it has definitely improved," Coleman said.

"I've done scouting for Bolton, which has allowed me to watch games, and I have seen quite a few Conference teams already."