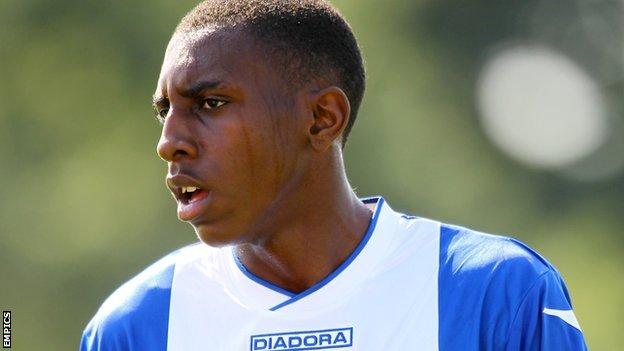 Birmingham City have recalled teenage defender Amari'i Bell for a second time from his loan spell at Nuneaton Town.

Blues have acted after losing Mitch Hancox to injury in their 2-2 draw with Middlesbrough in the Championship.

Bell was first recalled by Blues in September but soon returned to Nuneaton and had been due to stay until January 2014.

He made the last of his 20 appearances in Boro's win at Hereford on Saturday - a result that lifted Nuneaton into fourth in the Conference Premier table.

Bell signed his first professional contract with Blues in July 2012 and agreed a new one-year deal in May 2013.

Birmingham, 19th in the Championship, are assessing Hancock's injury and waiting to find out how long the 20-year-old will be out of action for.