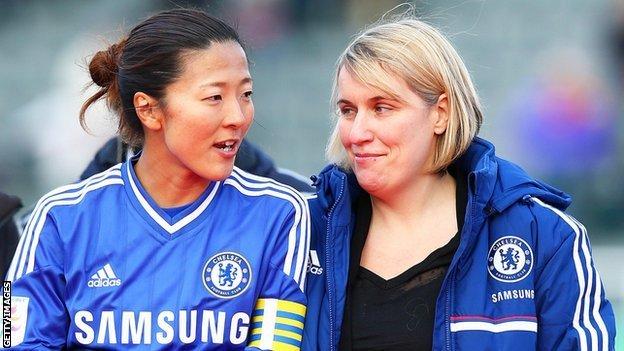 Chelsea Ladies manager Emma Hayes will make more signings to help her side challenge for the Women's Super League title next season.

"We have big expectations for next season at Chelsea," said Hayes.

"Once everyone sees the signings we bring in you will see that we have very serious intentions to compete and win our league next season."

Chelsea, who finished sixth in the WSL this year, were beaten 4-2 by Japanese league and cup champions INAC Kobe Leonessa in the final of the International Women's Club Championship on Sunday.

Hayes added: "I think once we complete the signings of a few more players we will add good quality to the team.

"But we also have some good youngsters coming through and I think you will see a much more competitive Chelsea next season."