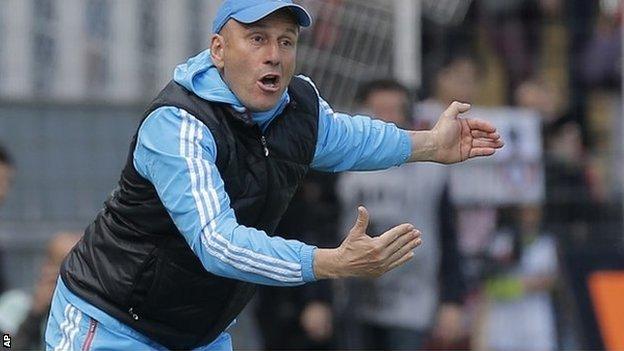 The 58-year-old led the club to second place in Ligue 1 and a Champions League spot last season but they sit fifth this season.

President Vincent Labrune said that the team were lacking the desire and quality expected this season.

Marseille are bottom of Group F having lost all five games, but Dortmund's qualification is still undecided.

Baup managed Bordeaux, Saint-Etienne, Toulouse and Nantes before becoming Marseille boss in 2012 after the departure of Didier Deschamps.

Marseille have won nine league titles, the last of which came in 2010.