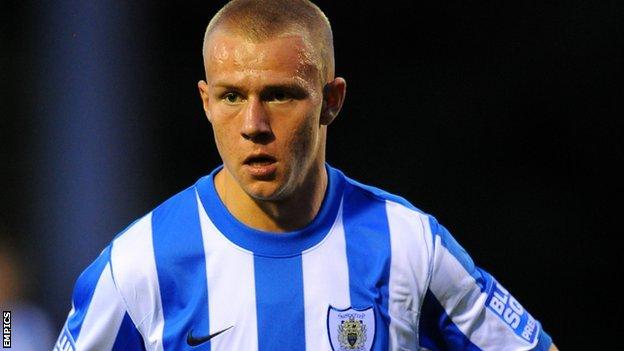 Macclesfield midfielder Danny Rowe scored his first league goal for the club as they extended their unbeaten home run to 11 games with a win over Salisbury.

Scott Boden saw his effort hit the post and Macc strike partner Chris Holroyd spurned a good second-half chance when he failed to keep his shot on target.

But Rowe broke the deadlock with a neat right-footed finish late on.

"The boys dug in, we worked hard. We came here with a game plan and I felt that game plan was working until we succumbed in the last 10 minutes.

"I felt we came close to getting a clean sheet and a very valuable away point.

"All credit to Macclesfield. They put us under a lot of pressure in the second-half with the conditions and they managed to get that winner.

"I'm disappointed with the manner (of the) goal we conceded."