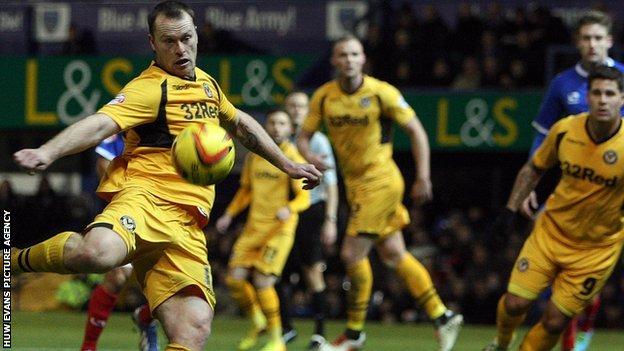 Newport rode their luck during the first half with Patrick Agyemang's effort cleared off the line.

Midfielder Flynn scored his first goal in 13 months, firing into the roof of the net to give Newport the lead.

Flynn added a second three minutes later with a close range finish to secure Newport's second away league win of the season.

"Speaking to people who've been here a while, they've pretty much said that sums up the season in 90 minutes, so we've got a lot of work to do.

"It was a tough place to come and the boys have been absolutely superb. It's nice to come away with a 2-0 win and a clean sheet as well.

"We've had some good performances on the road and probably not got what we've deserved but our home form has obviously been really good.

"It sets us up nicely hopefully for Christmas and give the lads a bit of confidence after back to back defeats in the cups."