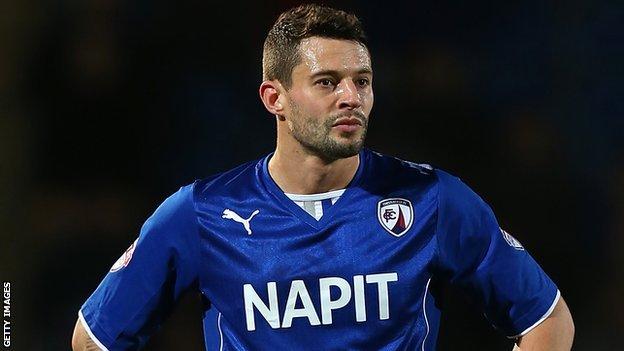 Chesterfield remained second in the League Two table with victory over Plymouth Argyle.

The Spireites began brightly and were rewarded when Matty Brown scored a close-range header.

The Pilgrims were punished again when Conor Hourihane conceded a penalty, which was converted by Marc Richards.

Argyle had a chance to pull one back from the spot when Brown was sent off for denying a goalscoring opportunity, but Reuben Reid's effort was saved.

"It was a good exciting game, it had penalties, obviously a sending off, bits of goal mouth action, but it was great for us to win today.

"It's so pleasing for the lads, we were on the floor after losing to Southend here and we got a lot of criticism, which I felt at times was a little bit harsh and unfair.

"The challenge for the lads then was two games coming up we got through at Oldham, we've had a fantastic result against Plymouth today and I think that's the best way to answer your critics."