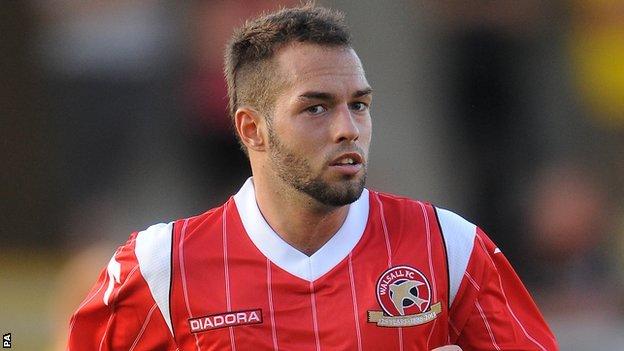 On-loan Milan Lalkovic scored the only goal as Walsall earned their fifth away win of the League One campaign.

He rolled home after rounding the goalkeeper as the Shrewsbury defence looked in vain for an offside flag.

The assist came from Romaine Sawyers, who had earlier been denied the opener as Chris Weale made a fine save.

Shrewsbury should have salvaged a point when Jon Taylor headed down Ryan Woods' cross, but a stretching Tom Eaves cleared the bar from close range.

The victory was Walsall's first in the league since beating Peterborough 2-0 at home almost a month ago and lifted them to within touching distance of the play-off places.

Lalkovic, whose goal was his third for the Saddlers, is due to return to Chelsea on 5 January unless the two clubs agree an extension to his half-season loan.