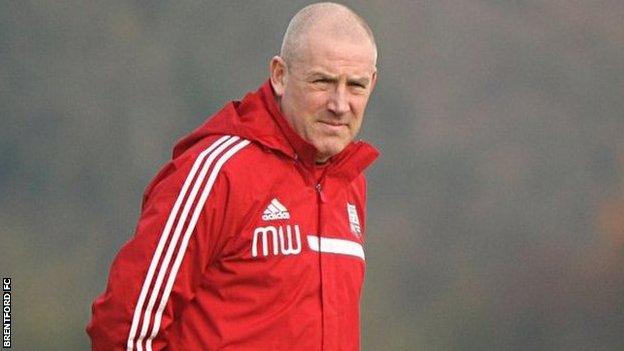 Jonathan Douglas put a smile on the face of new Brentford manager Mark Warburton with a last-minute winner against Oldham at Griffin Park.

Douglas headed in a cross from sub Sam Saunders as the promotion-chasing Bees made it eight victories out of nine.

Clayton Donaldson and Will Grigg both spurned first-half chances, while Mike Petrasso shot wide for Oldham.

The referee rejected Brentford penalty appeals after Donaldson went down late on, but Douglas had the final say.

The Bees, whose former boss Uwe Rosler left the club to take over at Wigan, moved up to third place with the victory, four points behind Leyton Orient.

The goal was Douglas' first since he scored the first in a 2-1 home win over Carlisle 13 months ago.

"My wife is questioning my sanity, but you have to love the passion of the game is tremendous and to score in the last minute like that is always very helpful.

"They had a tremendous run, now we're on a fresh run. The boys have been talking about the next five games as vital for us, and that's a win for the first game. It's a testament of to their character and desire and I'm really pleased.

"For me, the same methods from academy to first team apply. The main difference is how to deal with the senior players, the old ways of having to play the game for 20 years don't apply, it's more about man management skills."

"We haven't got what we deserved. It was an excellent performance from the boys.

"We're unlucky not to come away with one, if not three points.

"I thought it was a foul [for the winning goal] but for some reason we're not getting those decisions at the moment."