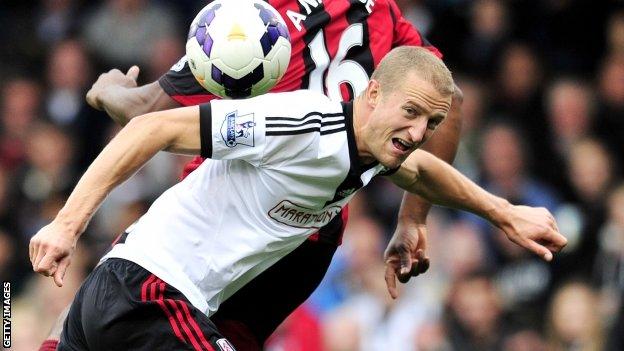 Injured Fulham defender Brede Hangeland faces another six weeks on the sidelines after deciding to have surgery to clear sciatic nerve trouble.

The 32-year-old has already missed more than a month with nerve damage which has affected his right leg.

Fulham boss Rene Meulensteen said: "We have looked at all medical strategies and it's a bit of an awkward one.

"He's seen another surgeon and a specialist. I think they have decided they're going for the surgery."

Fulham, who host Aston Villa on Sunday, were hoping to bring the Norway defender back to full fitness without the need for an operation.

But Hangeland now faces a total of 10 weeks out, which will include the crucial Christmas period.

"And the one thing that I want for such an important player for us is that he can focus on the rehabilitation, so when he comes back he will be like a new player for us."