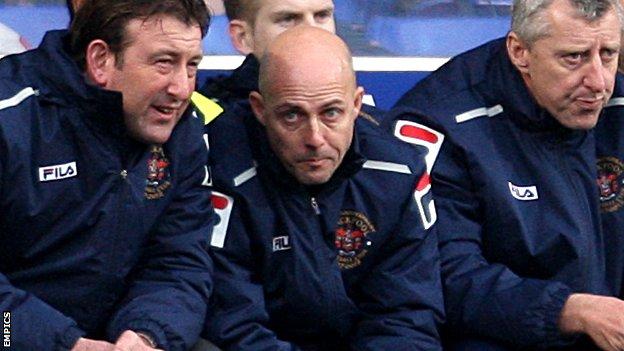 Southport manager Alan Wright has left the Conference Premier side by mutual consent with them 18th in the table.

The 42-year-old was in charge for six months, having replaced previous boss Liam Watson in May, and leaves after losing the last six games.

The role was his first in management, having had spells as a coach at Blackpool, Fleetwood and Northwich.

"Football is a results-driven business and our recent run led to this decision," a club statement read.

The former Aston Villa and Blackburn Rovers defender made 304 Premier League appearances during his playing career, and was looking to improve on the Sandgrounders' 20th-placed finish in the league last season.

However, after his side's poor start to the season, Wright and the club decided to go their separate ways.

"An appointment to replace Alan will be made by the time of our next fixture on 21 December when we face Salisbury," a club spokesperson told BBC Sport.

"We need to have dignity for Alan and so it is not appropriate to talk about who the next manager will be.

"No-one wanted Alan in this situation and it is with great regret we part company."