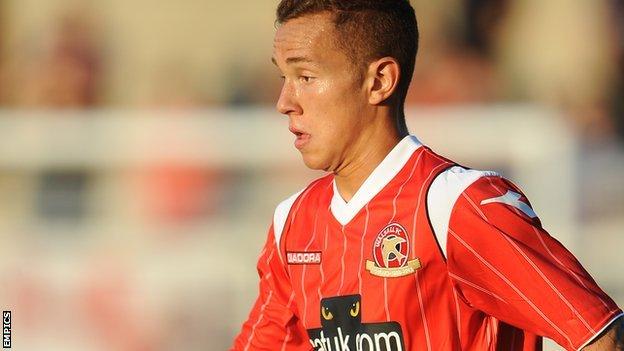 The 19-year-old, who signed his first professional contract with the League One side in 2012, spent time on loan at Worcester City last term.

His only first-team appearance for Walsall to date came in the 3-1 League Cup defeat by Stoke City in August.

"He wants game time and having sent Jake Heath out on loan to Leamington this season, I know at first-hand that they are a club who look to do things the right way and play good football."

Morris is expected to make his Leamington debut against AFC Telford on Saturday, and is also eligible to play in the FA Trophy.