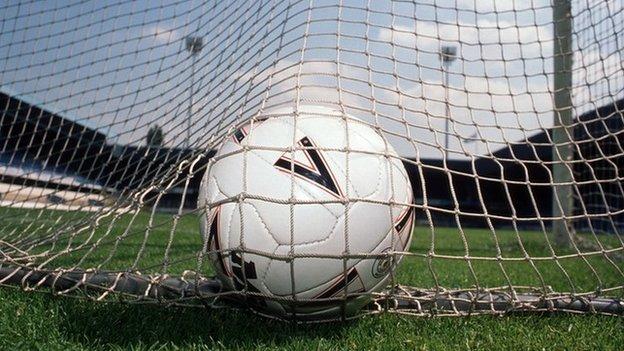 Two non-league footballers charged with conspiracy to defraud as part of an investigation into match fixing in the UK have been sacked by their club.

Michael Boateng and Hakeem Adelakun, both 22, played for Whitehawk FC, based in Brighton, in the Conference South.

The National Crime Agency has been investigating an alleged international betting syndicate.

A club statement read: "The board are disappointed by the allegations and have taken steps to protect the club."

Two other men, one Singaporean and the other with dual UK-Singapore nationality, were charged last month.

The players have been released on bail and are due to appear at Birmingham Magistrates' Court on 11 December.

The Conference South is the sixth tier of English football, two below the Football League.

The statement added: "The board of directors would ask that our fans, supporters and sponsors now rally round our players and support them fully."