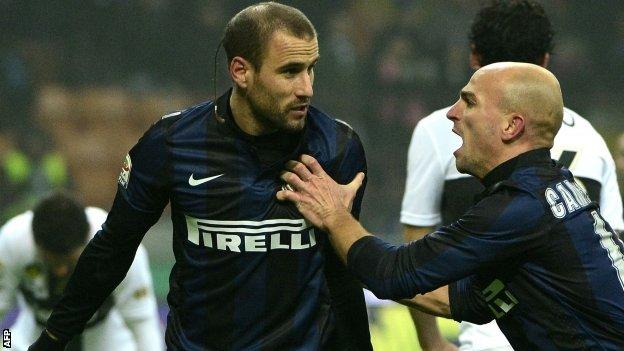 Inter Milan recorded their seventh draw of the season as they came from behind twice at home to Parma.

Nicola Sansone's second-half leveller was the least the visitors deserved as they threatened a first victory at Inter since 1999.

Inter Milan have lost just one Serie A match one this season, but seven draws from 15 matches leaves them 12 points behind leaders Juventus.

The result was Parma's sixth draw of the campaign and sees them sitting in tenth in Serie A.

Inter's Argentina striker Palacio has scored nine goals in his last eight matches, helping his side to top the league goal-scoring charts with 34.

But some poor defending by the hosts, including Handanovic's inexplicable fumble for Parma's second, allowed the visitors to create an abundance of chances throughout.