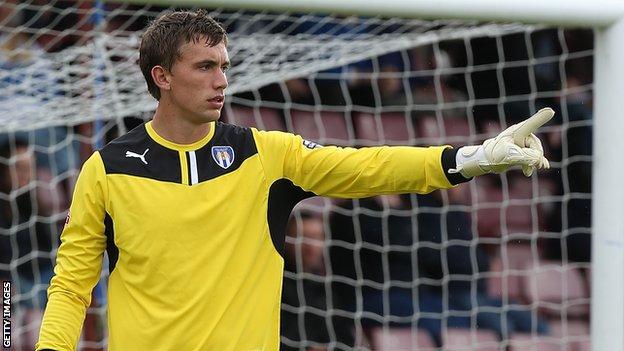 Goalkeeper Sam Walker wants to discuss his future with Chelsea before deciding whether to extend his loan spell at Colchester United.

The 22-year-old, with the U's until January, is out of contract at Stamford Bridge in the summer.

"It would be more around what Chelsea want to do," he told BBC Essex.

"I'm having some talks with Chelsea in the next couple of weeks. Once I know what's going on there I will be able to act accordingly."

Walker had a previous loan spell at League One Colchester last season and after returning this summer, has played in every game this term.

But his loan expires on 19 January and the lure of a Championship club would be appealing to the Chelsea academy product.

"I do love my time here. I'm very comfortable here and I'd have no problem playing here for as long as I need to," he said.

"But of course everybody wants to play at the highest level and if something came in I'd have to look at that."