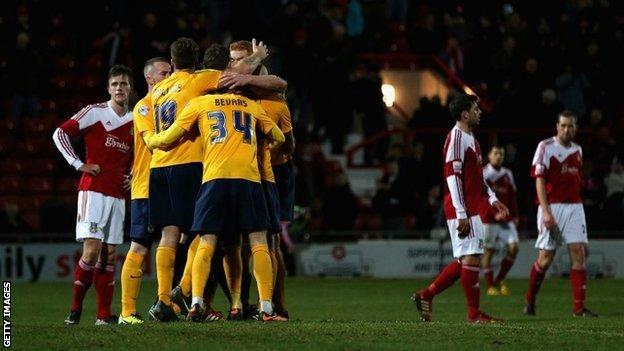 League Two leaders Oxford United came from a goal behind to beat Conference Premier side Wrexham and book their place in the third round of the FA Cup.

Joe Clarke put the hosts ahead after he collected Dean Keates' cross in the box to volley home his fourth goal of the season.

Dave Kitson provided the assist for James Constable, who hit back nine minutes into the second half.

Chris Wilder's side, who saw off Gateshead in their first-round replay on Thursday, next take on Championship strugglers Charlton at The Valley over the weekend commencing 3 January.