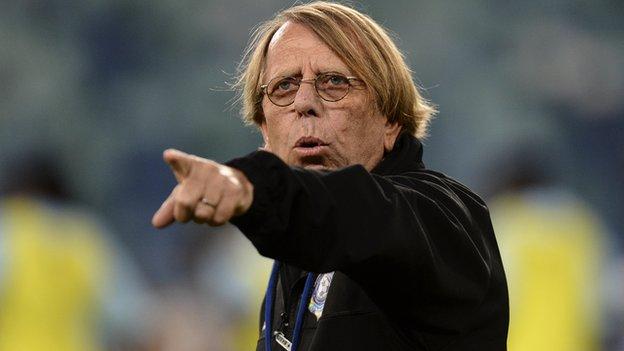 Frenchman Claude LeRoy has taken over as the new coach of Congo Brazzaville.

The 65-year-old was in charge of neighbouring DR Congo at this year's Africa Cup of Nations, with whom he was enjoying a second spell in charge.

He has signed a two-year contract and his first major task will be to qualify Congo for the 2015 Nations Cup in Morocco, with qualifying beginning next year.

At one stage, Congo needed just a win to qualify for the 2014 World Cup play-offs but the Red Devils missed out as they finished a point behind Group E winners Burkina Faso.

This is Le Roy's fifth national team in Africa after leading Cameroon, whom he led to the 1988 Africa Cup of Nations title, Senegal, DR Congo and Ghana.

He has also had spells with Malaysia, Oman and Syria.