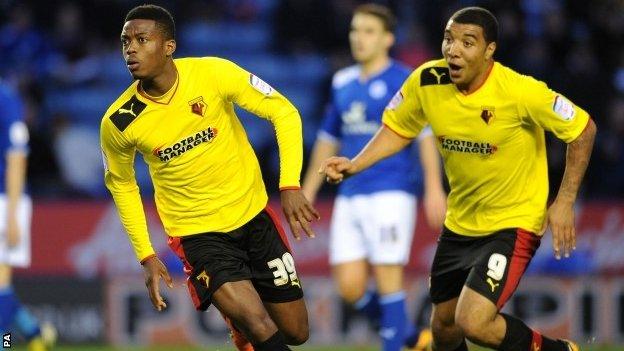 The emergency loan system seen as crucial to the survival of many lower division clubs has been extended until the end of the 2014-15 season.

World football's governing body Fifa had previously said it would outlaw it at the end of the current campaign.

It operates in the Football League and non-league in England and allows clubs that cannot afford big squads to sign players between transfer windows.

There are roughly 500 emergency loans in the Football League every year.

History of the transfer window

That works out at an average of seven per club - at the moment there are 177 at the 72 League clubs.

Under Fifa's existing system there are two transfer windows. In British football these occur during the summer - usually closing on 31 August - and in January.

This season Football League clubs could sign players on emergency loans from 10 September until 28 November.

The emergency window reopens again in February and traditionally runs until the third Thursday in March.

In addition to providing lower league clubs with a valuable opportunity to supplement their squads in the event of injury or suspension problems, it is also important for Premier League teams.

It gives them the chance to loan talented young players out to lower division sides to gain experience, although they cannot use it to sign anyone.

For example, Chelsea midfielder Nathaniel Chalobah spent last season at Watford, helping them reach the Championship play-off final, and is now on an emergency loan deal at Nottingham Forest.

The Football League has written to its 72 clubs to inform them of Fifa's decision.

Possible advantages of a loan system outside the window

"While this extension is obviously welcome we still need to convince Fifa of the merits of our particular system longer term," said the letter.

But after granting a 12-month extension there is now hope that Fifa will eventually introduce a short-term loan system that operates outside two transfer windows for clubs outside the top tier.

"We are currently engaged in a constructive dialogue with Fifa about the ongoing use of short term player loans and are grateful for the support of the Football Association, Premier League, Football Conference and the Association of European Professional Football Leagues (EPFL)," added Harvey.

The FA has been leading the lobbying on behalf of various stakeholders in the English game, while the EPFL is also in favour of a short-term loan system outside of the transfer windows.

It is understood that if Fifa did authorise a new system, countries would then have the option of deciding whether to implement it.

But the Football League believes that it does not contravene the principles they are seeking to protect - namely maintaining the stability of players' contracts and the integrity of competition.

The Football League introduced the emergency loan concept in an attempt to offset the impact of the transfer window system, which was introduced by Fifa at the start of the 2002-03 season.

However, Football League chief operating officer Andy Williamson and Football Association director of football services Jonathan Hall were summoned to Fifa's headquarters in Zurich in November 2011 to discuss the issue.

And Fifa informed them the following month of their decision to end the emergency loan system from the start of the 2014-15 system.

When news of Fifa's plans emerged, Greg Abbott, then in charge of Carlisle, told the BBC that scrapping the system would be a disaster.

"It would crucify us financially," said Abbott. "We know at the start of the season the revenue is not going to be there, so we have to gamble.

"We either go with a small squad, or overload the squad with players and financially we cause the club a problem."