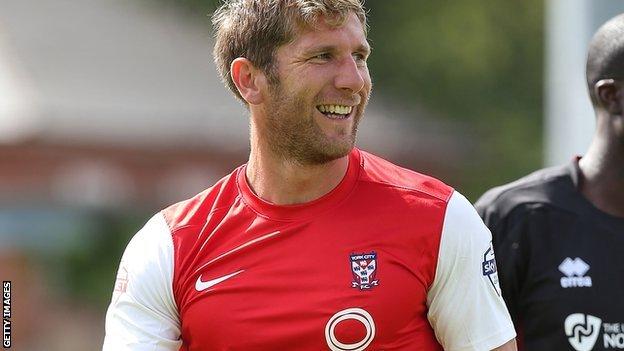 The 36-year-old re-joined his home town side in the summer but a combination of eye and knee complaints have restricted him to eight appearance this season.

He started his career with the Minstermen before joining Sheffield Wednesday in 1999, and went on to have stints with Preston, Leeds, Stoke and Sheffield United.

"It has been a difficult and emotional decision for me to make," he said.

"Due to injury issues, I don't feel I can perform at the level I would like to anymore and that is very frustrating for me.

"I have had a wonderful career and have reached the highest level playing in the Premier League and can look back on some good times and great achievements."

Cresswell has clocked up a total of 652 career appearances and scored 142 goals since making his debut for York against Bournemouth in 1996.