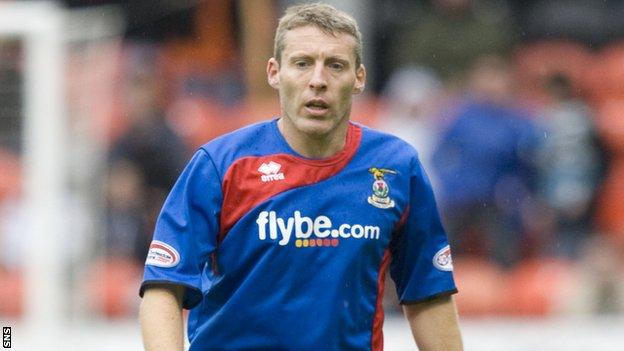 Former Inverness CT midfielder Barry Wilson thinks John Hughes will be a success at the Caledonian Stadium, if he does not tinker too much.

Hughes inherits a side sitting second in the Premiership and in the last four of the League Cup, following the departure of Terry Butcher.

"I don't think there is anything that needs changed," Wick Academy manager Wilson told BBC Scotland.

"It's not often you get the chance to manage a club that are going so well."

Hughes is expected to be announced as Butcher's successor at a Wednesday morning media conference.

The former Celtic defender was sacked by Hartlepool in May after failing to stave off relegation to League Two.

Alloa Athletic manager Paul Hartley and former Kilmarnock boss Kenny Shiels were also considered by Inverness and Wilson confessed the choice had caught him out.

"I was a bit surprised really," he said. "I think most fans thought it would be Paul Hartley.

"But they have taken their time over the appointment and I'm sure they have got the right man."

And Wilson, who played close to 400 games for Caley Thistle over two spells, is backing Hughes to carry on that level of success.

"He's an enthusiastic chap with a big personality, probably something similar to Terry," he said.

"I did my A-license with John and played against him.

"I remember him best when he was manager of Falkirk and he had them playing a fantastic brand of football.

"Things maybe didn't go so well at Hibs and Hartlepool but I have no doubts that he will do well."