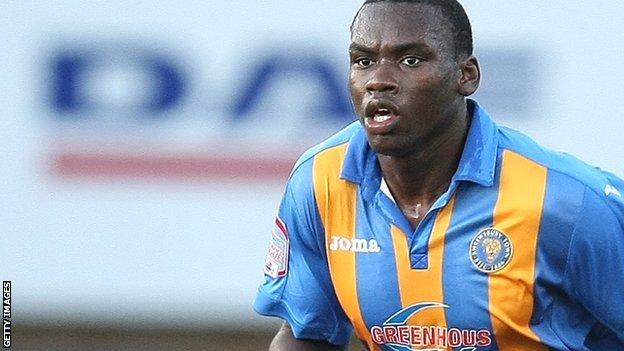 Defender Jermaine Grandison has re-signed for Shrewsbury Town, six months after turning down an offer from the League One club.

Grandison did not commit to a new Shrews deal in June, but has continued recovering from hip surgery with them.

The 22-year-old made his latest injury comeback in a reserve game against Port Vale on Tuesday.

He has made 91 appearances for the Shrews since first moving to New Meadow on loan from Coventry in 2011.

He initially suffered the hip injury in a 2-0 defeat at Swindon Town in January and eventually needed surgery after aggravating the problem on his comeback in April.