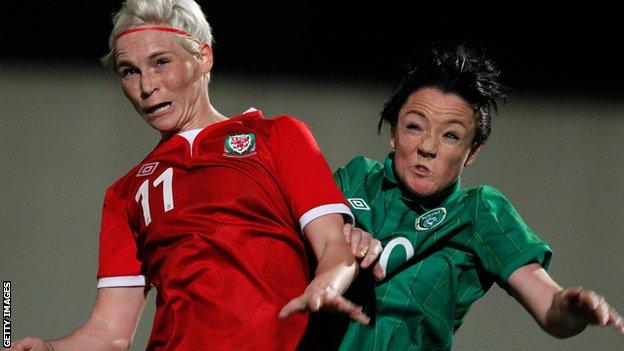 Captain Jess Fishlock says she is "disappointed" Wales Women have not been asked to the 2014 Algarve Cup.

The competition in Portugal is seen as a prestigious invitational tournament for senior national women's teams and Wales have participated six times.

The organisers have not said why Wales were not invited, but the the Football Association of Wales believes they wanted to give other nations a chance.

Northern Ireland will take part in next spring's 12-team event.

Seattle Reign's Fishlock said the tournament in Portugal would have been good preparation for the World Cup qualifiers.

"For me and for the girls it's very disappointing. For me, the Algarve is a priceless bit of preparation," Fishlock said.

"We always get so much from it and it's something we've been looking forward to because we know it will have such an effect on our campaign."

Wales made their Algarve Cup debut in 2002 and finished eighth out of 12 teams in each of the last two years.

"The Algarve Cup is hosted by the Portugal Football Federation. They invite the participants. On this occasion we were not invited," the FAW said in a statement.

Wales are currently second behind England in their 2015 World Cup qualifying group and face an away game in Turkey followed by a home match against Ukraine in April.