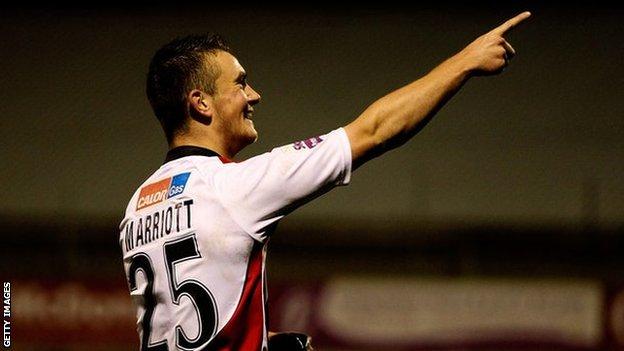 Archie Love put the hosts in front but Marriott replied with a quick double strike to put Woking ahead.

Scott Rendell made it 3-1 at half-time before Ipswich Town loanee Marriott fired his third past Sam Beasant.

Substitutes Josh Wilson and Dan Gardner gave Halifax hope with fine finishes either side of Reece Gray's sending off for a lunge on Mark Ricketts.

"It was a great reaction today. We showed a lot of character and played a great spell of attacking football for twenty minutes and we created, and carved out opportunities.

"The partnership up top [Jack Marriott and Scott Rendell] is producing the goods. In the last five games we have scored 13 goals, and all credit to the rest of the team for creating those opportunities for them. It is certainly our cutting edge now."

"After we didn't get off to a good start, conceding so early, it shows the character and the desire that we have here at the football club."