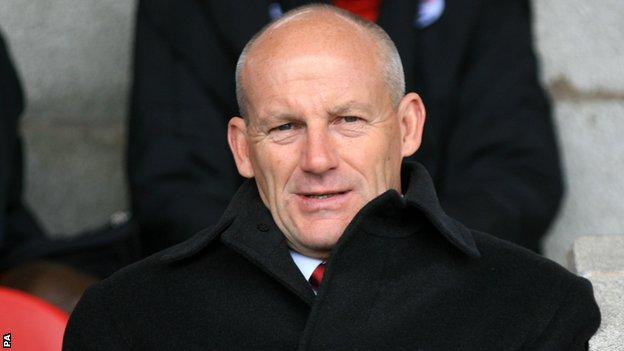 Former Reading and Crystal Palace manager Steve Coppell has left his post as director of football at League One side Crawley.

Coppell, 58, and leaves a week after

Chief executive Michael Dunford said: "Steve will always have a special place in our hearts at Crawley Town.

"He was instrumental in assisting Craig Brewster in securing our promotion to League One."

Chief scout Martin Hinshelwood and striker Gary Alexander are in interim charge of Crawley but could not end their eight-game winless run at the weekend, when they lost 1-0 at Crewe.

They are next in action on Saturday when they travel to Bristol Rovers in the second round of the FA Cup.