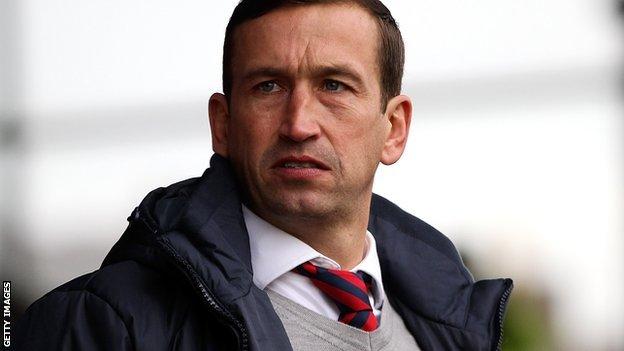 Newport County have confirmed they have turned down an approach from Portsmouth to talk to manager Justin Edinburgh.

Portsmouth are seeking a new manager following Guy Whittingham's sacking last week after a year in charge at Fratton Park.

But Edinburgh, who guided Newport to promotion to League Two last season, had already dismissed the possibility of taking over at Fratton Park.

Newport issued a statement on Monday which said they had refused Portsmouth's request to talk to Edinburgh, who was appointed manager in October 2011.

"Tim Harris, director of football , this morning received a phone call from a representative of Portsmouth FC seeking permission to speak to Justin Edinburgh about their vacant Managerial post," the statement said.

"After discussion with Justin, the Board of Directors have informed Portsmouth they will not give permission to discuss their vacant Managerial position."