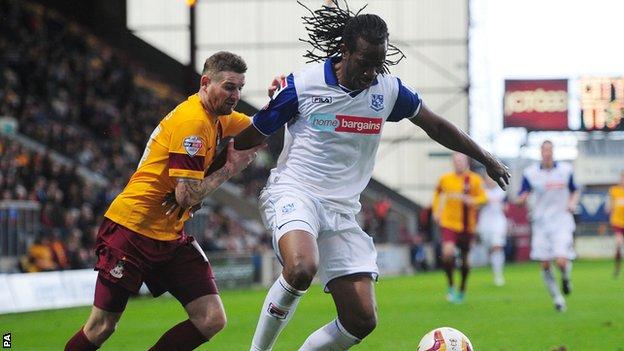 Tranmere Rovers defender Ian Goodison will be out for between four and six weeks with a thigh injury.

The Jamaica international had been playing with a groin problem, which had been affecting him in his previous outings for the League One club.

Jon Otsemobor, James Wallace and Jean-Louis Akpa Akpro were also hurt but should be fit to face Peterborough.

Full-back Otsemobor bruised his back in a collision with an advertising board, while captain Wallace and striker Akpa Akpro needed stitches in head wounds.

Ronnie Moore's side go to London Road on Saturday looking for a win that will put them into the third round of the FA Cup for the second year in succession.

at the third-round stage last term.