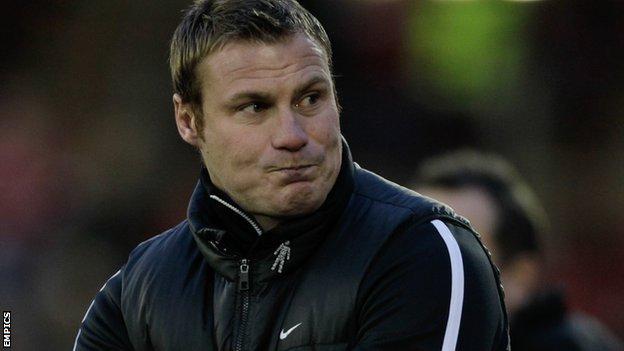 The Reds relieved the 40-year-old of his managerial duties on Saturday after a 3-0 home defeat by Birmingham saw them drop to the bottom of the Championship table.

Flitcroft had helped the club to survival last season after taking over from the sacked Keith Hill.

"I think it was a step too far for the lad," Rowing told BBC Radio Sheffield.

"He did very well last year but that was with a bit of a siege mentality and I think this season we have seen what he is capable of.

"You have to feel some sympathy for the board because two wins in 17 games is simply not good enough."

Barnsley were bottom of the table when Hill was sacked last December but Flitcroft guided the club to nine wins from their final 21 games to ensure safety on the final day and he was given a new rolling contract in the summer.

Rowing feels that the club have acted in time to save themselves from relegation back to the third tier.

"At least the board have the chance now to get someone in with plenty of games to turn it around," he said.

"You have to hope you get the person with the right credentials and, at the same time, is a lucky guy as well. David's luck ran out this season."

Caretaker manager Micky Mellon will take charge of the side for Tuesday's game against Brighton.