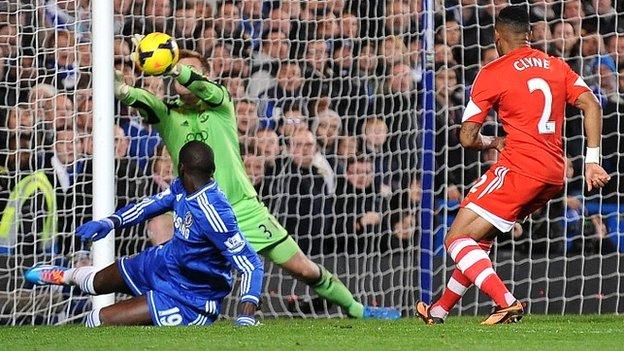 Southampton goalkeeper Artur Boruc is out for six weeks after fracturing his hand in his side's 3-1 defeat by Chelsea on Sunday.

The 33-year-old Pole suffered the injury trying to keep out a Demba Ba effort as Chelsea searched for an equaliser after going behind early on.

Boruc received after his mistake led to Arsenal's opening goal in a 2-0 defeat last time out.

Boruc has been ever present for Saints in the top flight this season, as they have conceded just 10 goals - level with Arsenal as the lowest total in the division.