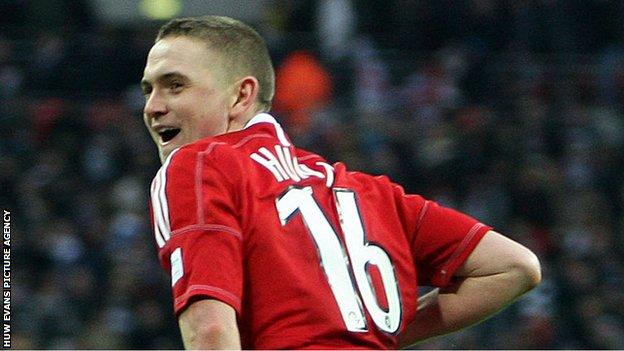 Wrexham made a successful start to their defence of the FA Trophy, but had to survive a scare against Derbyshire village side Gresley.

Johnny Hunt's low drive put Wrexham ahead in the 18th minute before player-manager Andy Morrell deflected Mark Carrington's corner into the net before the interval.

And the same player was denied minutes later by Carrington's superb tackle.

Wrexham player-manager Andy Morrell told BBC Radio Wales: "It's just about job done. We scored against the run of play but a great finish by Johnny.

"Then in the second half the lads are on their holidays, they haven't done what they're meant to do. We caused them a few problems but they've caused us more.

"They've moved the ball well they've passed the ball. It's a big game for them you know and I don't think some of us were quite at it."