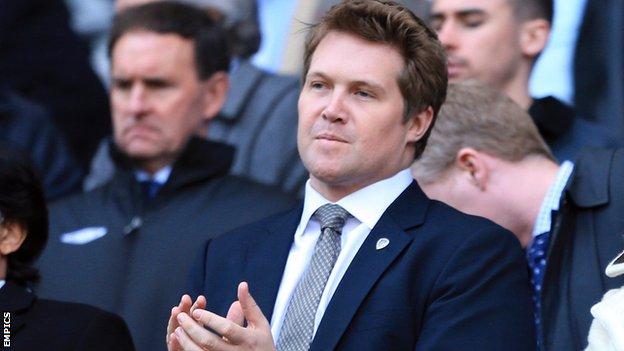 Leeds are in line for a major financial boost, with an unnamed consortium set to take shares in the club.

Owner GFH Capital said it has granted the investors "a period of exclusivity" and expects the deal to go through before the January transfer window.

A club statement added that no former players or owners were involved, ruling out a role for ex-captain Lucas Radebe.

David Haigh (pictured) will remain as managing director, while Salah Nooruddin will stay on as chairman.

The deal could give manager Brian McDermott significant funds to invest in his squad, who are currently seventh in the Championship table.

But GFH says it will retain a "significant stake" in the club if the deal - which is still subject to Football League approval - goes through.

"Since formally completing its purchase of Leeds United in December 2012, GFH Capital has always stated it was its plan to ensure the long-term and sustainable regeneration of the club through partnering with strategic and like-minded investors who share its vision," added the statement.