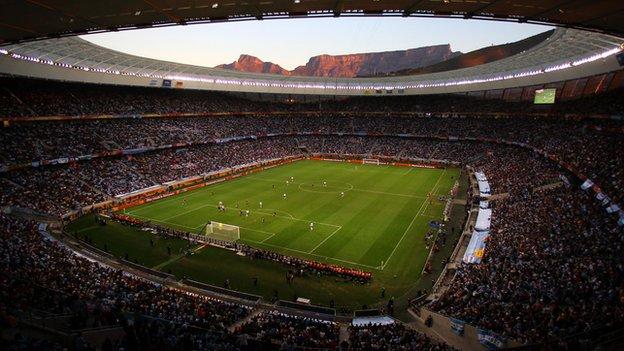 Tickets for the third edition of the African Nations Championship have gone on sale in South Africa.

The biennial event for locally-based players kicks off on 11 January, with organisers claiming it can become the "ultimate African tournament".

Fifteen teams qualified to join hosts South Africa, including the winners of the first edition of the tournament, DR Congo.

Holders Tunisia missed out on the tournament, also known as the CHAN, after Morocco took their place.

"I'm pretty sure that the display of football that we're going to see in South Africa will be very exciting," Confederation of African Football (Caf) general secretary Hicham El Amrani told BBC Sport.

"Our objective is to keep developing this tournament, so it becomes as important, maybe not as the Africa Cup of Nations - because the Cup of Nations has now reached a level where it's a worldwide tournament from an audience perspective - but the CHAN needs to be the ultimate African tournament that highlights the skills and the level of football played on the continent," he said.

Cape Town, Mangaung and Polokwane are the host cities for the 2014 tournament and group winners and runners-up will advance to the quarter-finals.

The final will be played on 1 February in Cape Town Stadium.

The inaugural CHAN tournament was held in Ivory Coast in 2009, with the second edition staged in Sudan two years later.