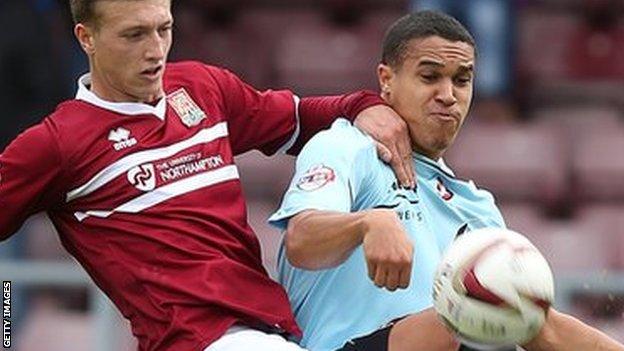 Cheltenham Town extended their unbeaten league run to eight-games with a deserved win at Morecambe.

The hosts survived a frenzied goalmouth scramble before half-time, keeping out Byron Harrison from close range.

Midway through the second half Jason Taylor volleyed into the side-netting as the visitors pushed for a winner.

It eventually came when a free-kick was headed across goal for defender Troy Brown to tap in from close range to earn Cheltenham three points.

"We've come up here and pretty much bossed the game and played some decent enough football. It was a good away performance - we looked solid and had a threat in us and got the win we needed.

"We're talking about a win rather than a draw, which is what we're after. I've got some good players in the squad but the only way they're really going to show that is if we're going to keep winning.

"We're eight games unbeaten in the league and we've now got to just keep pressing the button and keep asking for more off them."