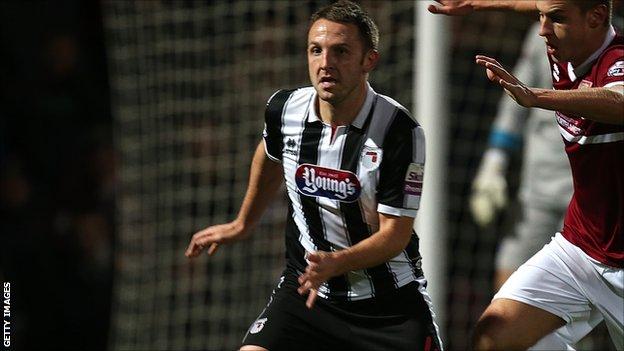 Goals from Shaun Pearson and Patrick McLaughlin secured non-league Grimsby's place in the FA Cup third round with victory over League Two Northampton.

Ross Hannah wasted Grimsby's best chance of the first half when he blasted over from the edge of the area.

But Pearson nodded home Scott Kerr's free-kick just after the hour for 1-0.

"We more than held our own today and got ourselves in front. I thought it would be a tight game and that sort of proved to be the case.

"We've had a couple of games recently that we've been asked questions and I think we have answered them on each occasion. That is pleasing because of the league we are in, there are a few teams that play that sort of way.

"We had some good bits of play and were obviously going to throw men forward."

"It was going to be a difficult game from the start. We knew that.

"We set out with a game plan to frustrate them, to stop them and to break on them. I really couldn't see any real danger, apart from a set play.

"It's just a really poor goal to concede. The game then changes, and you've got to change it.

"If we can get beat Bury next week, it'll be forgotten. But I'm deeply disappointed."