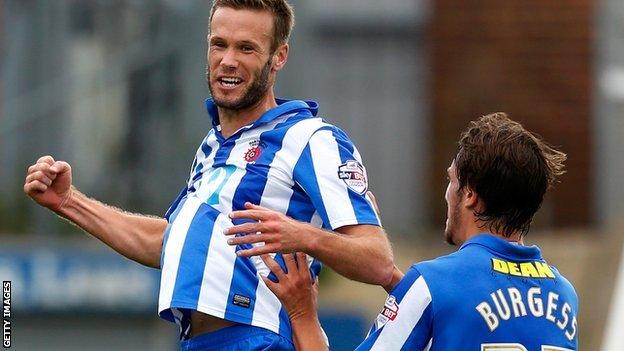 Hartlepool came from behind against Coventry to earn a well-deserved draw and a second-round FA Cup replay.

Carl Baker opened the scoring for the visitors with a brilliantly-taken volley from Franck Moussa's lay-off.

The home side were on top in the second half and Simon Walton could only shoot straight at goalkeeper Joe Murphy with a free-kick from just outside the area.

But their equaliser came as Jonathan Franks chipped the ball in to Andy Monkhouse who powered home a header.

"I thought we started particularly well. We came out of the traps aggressively, controlled the game and scored a wonderful goal.

"Credit to Hartlepool, it was always going to be a difficult afternoon, and we were forced back.

"Our players gave everything. We found the way to get a result. It wasn't the win we wanted or our travelling support wanted, but we're still in the Cup, with a home game now, so there are plus points.

"We were put under a lot of pressure and for the vast majority of the game we put up with it, and we showed as good determination not to get beaten.

"No complaints about the result. I thought it was fair."