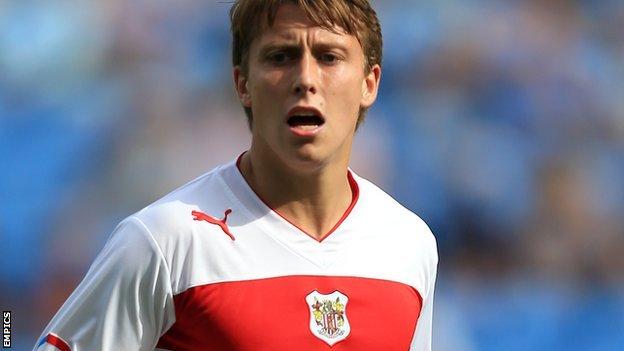 Stevenage reached the FA Cup third round at the expense of Stourbridge for a second time in three years.

Ryan Rowe went close with a header before Francois Zoko broke the deadlock at the other end when he fired in from Luke Freeman's cross.

Lucas Akins then scrambled home after the Glassboys failed to clear before Freeman tapped in to make it 3-0.

Filipe Morais completed the scoring, converting from the spot after being brought down by Will Richards.

The side's previous meeting was at Stourbridge in December 2011, when Stevenage ran out 3-0 winners.

"We've been on a bad run of form, a couple of indifferent performances and difficult results, and today the performance wasn't a lot better. It was one of those we had to dig deep in, grind out, and find enough quality to win through in the end.

"We knew that our advantages were going to come if we could keep the tempo of the game high, and we were always going to get an advantage at set plays. It was no surprise that we went ahead through a set-piece.

"I think we are seeing a lot of players not responding in the right way to the pressure of having to win. That's part of their learning curve. They've got to understand that we're not here to mess about; we are here to put trophies on the table.

"I think if you look at the sides throughout, there wasn't a lot to choose."