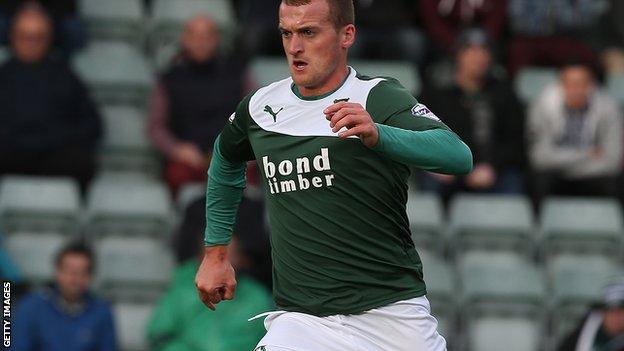 League Two side Plymouth scored three goals in the first half against non-league Welling to earn a place in the third round of the FA Cup.

Midfielder Andres Gurrieri put the home team ahead after finishing an excellent move and Curtis Nelson slammed home from a free-kick for the second.

Lewis Alessandra headed in the third, before Welling's Alex Dyer was unable to find the target with his effort.

But Ross Lafayette scored a consolation in the second period for the visitors.

John Sheridan's men were in control for much of the encounter against their part-time counterparts, effectively winning the game after clinical finishing in the opening 21 minutes.

Gurrieri put them in front after 13 minutes when he collected Reuben Reid's pass, and the Swiss shimmied one way, then the other before netting.

They doubled their advantage five minutes after the visitors were unable to clear their lines and Nelson reacted quickest to score.

Minutes later, Alessandra had a shot turned away for a corner by goalkeeper Lee Butcher - a railway signalman - but the former Morecambe man rose highest from the resulting set-piece to put Argyle firmly in charge.

The away side's best chance of the half fell to Montserrat international Dyer, who beat two men before attempting a chip which sailed over the bar.

Plymouth were sloppy in the second period and a slip from Neal Trotman allowed Lafayette, who works in digital media, to sneak in and slot home.

They could have cut the deficit further as estate agent Lee Clarke's dink landed on the roof of the net, but the damage had already been done.