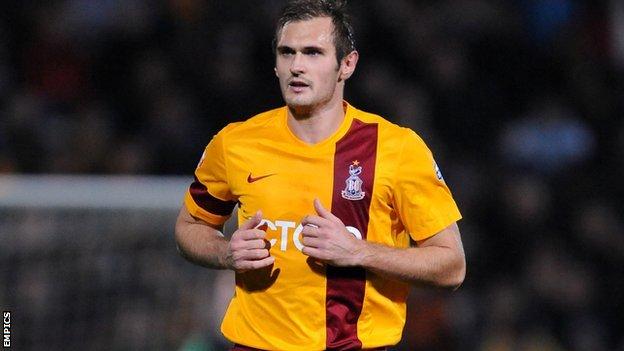 Bradford City striker James Hanson has signed a new three-and-a-half-year deal with the League One side.

Hanson, 26, joined the Bantams from non-league Guiseley in July 2009 and helped the club to promotion from League Two last season.

He has scored six goals in 20 appearances so far this campaign.

"I feel it's an important signing for us because he's improving all the time," boss Phil Parkinson told BBC Radio Leeds.